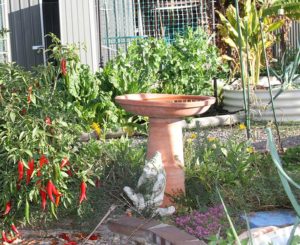 The School Gardens Project continued to be centred around the school garden at Telarah Public School which is now supporting three Stephanie Alexander Kitchen Gardens sessions a week and covering all students in Years 3, 4 and 5, around 180 children. The students start their two hour kitchen session in the garden, working in five groups. After an orientation chat they then engage in a gardening activity such as weeding, mulching, planting, fertilising, composting, seed saving, pruning or harvesting. The harvest is taken on to the kitchen where typically five dishes are made and shared. The menu is put together early in the week after discussions with the garden specialist and the kitchen specialist and all children are introduced to the menu in a class session before their kitchen garden class.

The garden has produced a range of fresh produce with an emphasis on biodiversity and sustainable, organic management. From the Telarah School garden we sourced some of the herbs that went into our Fresh Food Boxes which was an Earth markets initiative. The income from this basically covered all ongoing costs for the garden while the boxes were in operation. This year Slow Food Hunter Valley supported the garden by financing some irrigation ($200) which was installed late in the year and which helped keep a few things alive over the very hot summer break.

The program continues to attract a large number of parent helpers and the school is now funding the wages of the garden special out of their discretional budget. This strongly indicates the value that the school places on this program.

Attempts have been made to help a couple of other schools get a kitchen garden up and running but at this point we haven’t had much success. We have had some very early discussions with Tony Gadd, the school director who looks after 20 schools in the Maitland area, about how we might get other schools more committed to a kitchen garden program. We will be following this up in 2019. 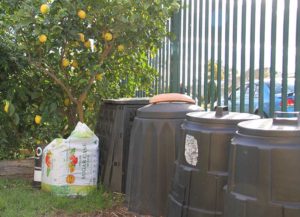 The kitchen garden program at Telarah continues to go well with 130 children accessing the two hour program each fortnight. As the program matures, the teaching focus in the classes is widening to include applied learning in maths, science and English. The garden produces enough surplus that herbs and other items are sold at the Produce Markets in the Levee. This usually brings in around $35 at each market that us then used to keep the garden in seeds, seedlings and manures – making it more self sustaining. It also provides an opportunity for a senior student to help with harvesting, presenting and selling produce as well as doing some simple bookkeeping. The number of parent volunteers who are actively engaging in the program remains a stand out feature and all student teachers are rostered on for a turn with the program which spreads the knowledge about the Stephanie Alexander Kitchen Garden Program more widely.

A donation of $350 was provided in March 2016 from Slow Food Hunter Valley. This contributed towards an efficient automatic watering system. March also saw year 6 students in the kitchen cooking up a Chinese feast supported by year 11 students and staff from the Food Technology faculty at Rutherford High. Another highlight of the year was the year 3 students (all 65 of them) being taken through a wonderful Italian menu using basil, lettuce, cucumber, radish, snake beans, tomatoes, and herbs from the garden.

During 2015 the garden remained an integral part of the school and continued to offer itneractive learning opporunities and hands-on experience.

In May 2014 the school joined the Stephanie Alexander Kitchen Garden Program and the program began for two classes in semester two. The principles associated with the Stephanie Alexander program match Slow Food philosophy perfectly. Cooking classes were conducted in make shift spaces and the garden supplied produce for many meals. 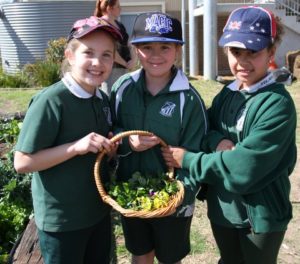 After an initial donation of $500 from Slow Food Hunter Valley in 2013 and a further $500 donation the Telarah Public School garden went into full production.