Australia is home to more than 5000 plant foods that have sustained human life for many thousands of years. Some, like quandongs, Warrigal greens, macadamia nuts, lemon myrtle, saltbush, finger limes, wattle seed and Davidsons plum are relatively well known and enjoyed today in Australia, and some are known and available internationally. But most are unknown, and rarely, if ever, used today. Aboriginal people have traditionally been custodians of the detailed knowledge of native plants and their use as a food source and medicine.

The Slow Food Ark of Taste is an online catalogue of foods that are part of the cultures and traditions of the world but are now at risk of disappearing. In Australia, the Ark of Taste is a way of working together with the Aboriginal community to add to the catalogue and gain greater knowledge and understanding of these native food  plants (sometimes referred to as bush tucker) that are at risk of extinction.

The Ark of Taste was created in the late 1990s by Slow Food International with three objectives:
To point out the existence of these foods.
To draw attention to their risk of extinction.
To help protect them from extinction.

Over 60 Products on the Ark of Taste

For Australia, we have over 60 products already listed on the Ark of Taste. They include a diverse range of foods that were used by Aboriginal and Torres Strait Islander people and by European settlers. They include Angasi Oyster, Bogong Moth, Davidsons Plum, Finger Lime, Murray Crayfish, Witchetty Grub, and Paterson River Orange from the Hunter Valley.

As well as native bush foods, there are plants (e.g. Paterson River Orange), processed foods (e.g. Bull Boar Sausage) and animals (e.g. Wessex Saddleback Pig) that were important foods in Australia since European colonisation. We call these heritage foods, and many of these are also in danger of being lost.

We are compiling a list of such heritage vegetables grown in the Hunter Valley or between Sydney and Queensland for listing on the Ark of Taste. Meanwhile, if you know about any local heritage foods that are worth protecting, please contact us using the form below. 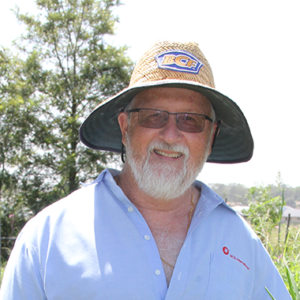 The Hunter’s biodiversity is as broad as the valley itself – from the Paterson orange to the flooded gum that provides nectar for our bees.

Australia has over 60 items listed on the Ark of Taste. To see the full list of food sources see the Australian listing.